You think a fly or two got inside when a window was open, but after swatting more and more of the invaders, you realize you’ve got a problem. You’ve got gnats. But what are gnats, where do they come from, and how do you get rid of them? Our Pros have seen it all when it comes to housekeeping, and know a trick or two to get rid of gnats for good.

Surprisingly, gnats aren’t all from a single species. Instead “gnat” is a general term for several different flying insects. The most common in domestic houses are fungus gnats, fruit flies, and drain flies. Each species has its own habits and preferences, and identifying the cause of your infestation will make it easier to remove it.

Fungus gnats, as the name suggests, are usually found on fungus found in soil. They can get indoors on houseplants, or through open doors, windows, and small gaps. Most fungus gnats are weak fliers, so you’re more likely to see them walking around your house than buzzing around.

How to get rid of fungus gnats. These gnats are primarily attracted to houseplants, especially if they’re overwatered and fungus is present in the potting soil or the roots are rotting. If you suspect you have fungus gnats indoors, reducing the frequency of watering houseplants is a good way to limit their numbers. You can also use sand or indoor mulch on top of plant pots to stop fungus gnats from getting to the soil.

Fruit flies in your home could be one of several species, all of which are common pests around the world. They are sometimes known by the more accurate name “vinegar flies,” as they are attracted by the acetic acid (vinegar) produced by rotting fruit. Domestic fruit flies aren’t attracted to fresh or unripe fruit. The simplest way to get rid of fruit flies is to avoid leaving overripe fruit out in the open. Keep fruit in the fridge when possible, and ensure that trash bags and receptacles are securely sealed.

How to get rid of drain gnats. Drain flies have a lifespan of around 20 days, and will only breed once, shortly after emerging from pupal casings into their adult form. Therefore it’s easiest to treat drain flies at the drain where their larvae are living. Pouring boiling water down the drain 2-3 times per week for three weeks is enough to kill all the larvae, pupae, and adult flies and end the infestation.

You can add a capful of bleach to the boiling water to add extra larvae-killing power. The bleach will also work to clean some of the buildup in the pipes that attracted the flies in the first place. If you don’t want to use bleach, you can also tip half a cup of baking soda down the drain, and then pour over a cup of white vinegar. The chemical reaction will clear debris, as well as fly larvae. Leave for half an hour and then flush with boiling water.

Pro Tip: If you’ve got drain flies hanging around, mold might be a problem. Check out our complete guide to getting rid of mold, wherever it appears.

How to get rid of gnats in the house

While most gnats are harmless to humans, they’re still unpleasant to have around. Knowing how to get rid of gnats is easier if you can identify the type of fly, but there are still some effective methods of getting rid of a gnat infestation even if you’re not sure where they came from.

The first thing to do is remove any likely food sources. All flies are attracted to areas where they can find something to eat, and they’re amazingly efficient at getting inside and finding that old apple you’d forgotten about. Keep fruit stored away in the fridge or pantry, and remove any overripe food immediately. Make sure your trash cans have a good seal to prevent flies getting inside.

Fruit flies and fungus gnats often get into a home through items you purchase elsewhere. The new potted plant you buy, or the fruit from the grocery store, may already have a fly or two hidden away somewhere. It only takes a couple of individuals to start an infestation.

Drain flies don’t come up through your drains, as some people suppose. Instead they get in from outside when they smell the organic material their larvae need. Cleaning your drains regularly removes the buildup of slime and bacteria that drain flies love.

How to get rid of gnats outside

Because most gnats enter homes from outside, it’s tempting to want to remove them from around your house. While you can trap gnats in your yard and reduce their numbers, getting rid of them entirely is impossible. That doesn’t mean it isn’t worth doing, because the less gnats you have around, the lower the chances of them infesting your home.

An easy way to get rid of gnats in the yard is to make a trap using a mixture of apple cider vinegar with a few drops of dish soap in a shallow bowl. The vinegar attracts the flies, especially fruit flies, and when they land, the dish soap captures them. Placing a few homemade traps near entry points to your home will catch flies before they make it inside.

How to get rid of plant gnats

Fungus gnats are the most likely culprit if you see small black flies on your indoor plants. Using flypaper traps will capture many of the adults, although it won’t protect the roots of your plants. To kill the larvae, make a mixture of one part 3% hydrogen peroxide to four parts water, and apply it to the soil. The peroxide will kill the larvae without harming the plant. In fact, in small doses it’s even beneficial. Hydrogen peroxide is H₂O₂, which is just water with an extra oxygen molecule. That oxygen helps the plant absorb more nutrients from the soil, and can actually make the roots healthier.

To prevent fungus gnats from coming back, cover the top of the soil with a repellant such as diatomaceous earth or cinnamon powder. Neither are harmful to plants, and both will keep a host of creepy crawlies away. Diatomaceous earth is made of tiny silica shards that kill insects, while cinnamon is a powerful repellent for flies, ants, and more. It’s easy to get rid of gnats in houseplants when you know how!

How to get rid of gnats in kitchen

Nobody wants flies in the kitchen, but this is the room in your home they’re the most attracted to, because it’s filled with things they love to eat. Unfortunately, the kitchen is one room where you don’t want to use a lot of chemical sprays that could contaminate your food or work surfaces.

Prevention is better than cure when it comes to how to get rid of gnats indoors. Flies of all species love sugar, so make sure you wipe up any spills as soon as they occur. Keep your worktops clear of crumbs and dry out areas prone to moisture, such as around the sink. When you bring your groceries home, give everything a rinse to remove any flies, eggs, or larves that may be hitching a ride. To keep food fresh, thoroughly dry it before putting it away.

If you do have gnats in the kitchen, you can use a vinegar and dish soap trap, or a commercial fly trap to control them. Look for the areas where flies are swarming in the greatest numbers to find the source of the infestation, and remove it immediately. If there’s no food around, the flies will soon leave.

Pro Tip: Some countertops are easier to clean than others. Find out how to look after your granite countertops now.

How to get rid of gnats without apple cider vinegar

Using apple cider vinegar is a great, inexpensive way of attracting gnats, and is perfect for DIY traps. However it isn’t the only solution available to get rid of fruit flies or gnats. These other household ingredients also make great fly bait:

Getting rid of gnats with red wine or white vinegar

To make a fly trap with red wine, simply pour a little into a glass and add a few drops of dish soap. It is just as effective as using apple cider vinegar, because the same process is at work behind wine and vinegar. You can also get rid of gnats with white vinegar, or any other kind of vinegar. It’s the acetic acid that the flies find so attractive.

Getting rid of gnats with overripe fruit or mashed bananas

If you don’t have any vinegar or red wine to hand, you can also use overripe fruit in a DIY gnat trap. Place the fruit in a container such as an old soda bottle or food package, and cover the opening with plastic wrap. Punch a couple of small holes to allow flies to get inside. Flies will be attracted to the fruit and crawl in, but won’t be able to get out. You can throw the whole trap away when you’re done.

If you don’t have any overripe fruit around, mashed bananas will also do the job. They ripen fast enough that you can create an effective fly trap from nothing in just minutes.

Getting rid of gnats with sugar or honey

Flies are incredibly sensitive to sugar, and are easily attracted by the scent of it. In fact, they may be up to 10 million times more sensitive to sugar than humans are! Making a mixture of ¼ cup sugar and ½ cup water will soon bring flies to your trap. A few drops of dish soap are enough to trap them. You can also use honey, watered down a little, for the same effect.

Pro Tip: Use warm water to dissolve the sugar and make the trap easier to assemble.

How to get rid of gnats with dish soap

There are just a few simple steps you need to take to get rid of gnats and flies completely.

Step 1: Remove any food sources, such as overripe fruit or organic buildup in drains

Step 3: Make a mixture of hydrogen peroxide and water and apply to houseplants to kill fungus fly larvae

Step 4: Allow potted plant soil to dry on the surface, and/or cover with sand, indoor mulch, or a repellant

Step 5: Use a fly trap (commercial or DIY) to attract and capture any adult flies in your home

That’s all it takes to get rid of all kinds of gnats from your home! Then keep them away with regular cleaning and good housekeeping practices. 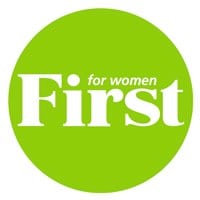 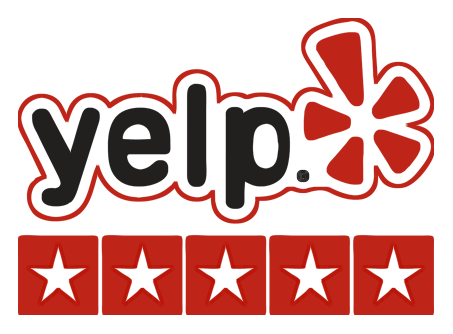